We are here to help you respond quickly to market demands.

We listen. We design. We develop. On time & on spec. GCI has got your back

We understand that you need to avoid costly production shutdowns, and get back to focusing on growing your business. You're the expert on your product and industry requirements. We listen, partner with you from beginning to end, and aren't satisfied until you are. 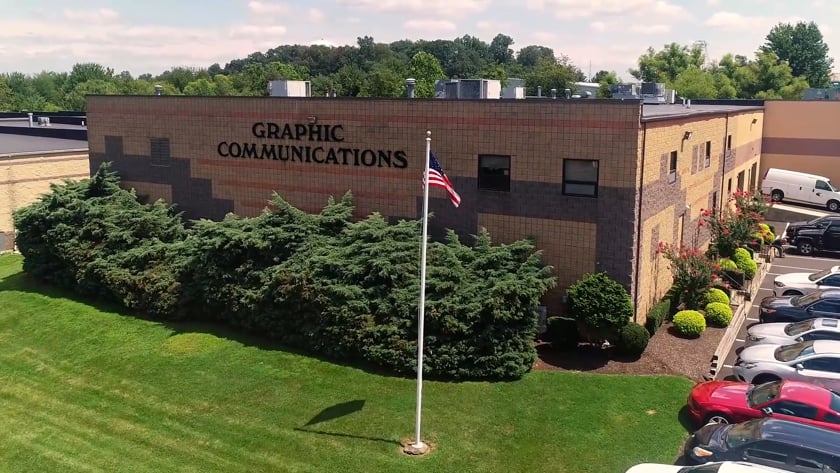 Graphic Communications, Inc. is a comprehensive custom label printing company. Through teamwork & innovation, we surpass client expectations. Based on a long-term, multi-service approach, we continue to develop strong partnerships and provide comprehensive solutions to advance our clients’ business. Graphic Communications, Inc. (GCI) was founded in October of 1974 by Robert J. Lawler, Sr. With a long family history in the label industry and a degree in marketing, Bob began his career as a label salesman during the 1950’s. In 1974, Bob decided to fulfill his lifelong dream of becoming a business entrepreneur. He saw the need and growth potential in an emerging pressure sensitive label market, replacing the older technology of glue applied and gummed labels. Armed with ambition and fortitude, he would sell labels during the day and run the printing press in the evening.

In 1981 his daughter, Loretta Lawler, joined the business as Office Manager. In 1985 Bob, Jr. entered the business upon completing his printing courses at Rochester Institute of Technology. As Plant Manager, Bob, Jr. was overseeing an operation that included three presses and an expanding finishing department. In that same year Loretta moved into a sales position, learning from and working with her father.

As the company continued to grow, GCI turned its focus to the evolving pharmaceutical, medical, office products and chemical markets. By August of 1991, the increasing demand for pressure sensitive labels, packaging and warehousing services led to the construction of the current 28,000 square foot facility.

Today, GCI continues as a family run operation under the direction of Loretta and Bob, Jr. Our Clients mean the world to us!

Taking care of you is the most important thing we do!

It has been a pleasure working with you all since 1997. I have placed many label orders with Graphic Communications Inc. and your product knowledge, customer service, prepress dept., print quality, and delivery has been exceptional. You have been there for me when I needed a fast turnaround, difficult applications, or my customer had no artwork and you guys re-created it perfectly! The staff at GCI has always been professional, courteous, and always willing to help. I am very happy with Graphic Communications Inc. and the high caliber of employees that work there. Keep up the great work!

The rolls look very nice. Thanks very much. I know our customer will be very pleased with the quality. The finished pouches will be shipped to New York next week then they will be forwarded to India to be used to package jewelry which gets shipped all over the world.

You need printing, packaging, and label services that deliver on time & on spec.

Get a Quote
Scroll To Top